Containers are one of the most important concepts in cloud computing. In fact, they have completely reshaped the way that many of us think about and approach virtualization. Containers behave much like virtual machines (VMs), but they are much more flexible and lightweight than a full-blown VM. Because they are so lightweight and flexible, containers have enabled us to take entirely new approaches to application architecture.

The purpose of Kubernetes is to provide a platform that can automate the deployment and management of applications that utilize containers at scale. It is primarily used with Google Kubernetes Engine but there are other supporting platforms available. For a platform to be considered a Kubernetes implementation, it should respect the Cloud Native Computing Foundation (CNCF) K8s specifications. Amazon EKS is one of the latest container orchestration systems on the market to achieve this on AWS. Being open source, Kubernetes is very versatile and there are few restrictions on where and how it can be used. Released in 2018, Amazon EKS helps developers launch and manage the master nodes through the control plane of a Kube cluster.

Kubernetes is at its core an HTTP REST API. The endpoint of this being known as the API Server which runs on Kubernetes cluster master nodes. Requests from both outside and inside clusters happen through API calls to the API Server, as well as for communication to all cluster components. Access to this API must, therefore, be secured by client authentication.

Kubernetes supports several authentication modules that can be used by the API server. The available authentication methods are described here. These include, but aren’t limited to:

Multiple authentication modules can be specified. In that case, each one is tried in sequence until one of them succeeds.

A request must include the username of the requester, the action, and the object affected by the action (among other attributes). All the request attributes are evaluated in accordance with all the set authorization policies before the Kubernetes authorization module allows or denies that request.

Kubernetes supports multiple authorization modules. RBAC (Role-Based Access Control) is the one enabled by default in most K8s implementations though.

By using the RBAC API, we define rules that represent a set of permissions (which are purely additive; there are no deny rules as permissions are denied by default). These rules include the actions (verbs) to permit, such as get, list, create, update, delete, etc.; the resources these actions apply to (like ConfigMaps, Pods, Secrets, etc,); and the API group containing those resources. We typically name this set of rules as ‘a Role’ and there are two definable types:

A Role binding grants the permissions defined in a role to a list of subjects (users, groups or service accounts). These permissions can be granted within a namespace with a RoleBinding object or cluster-wide with a ClusterRoleBinding.

Amazon EKS uses one specific authentication method, an implementation of a webhook token authentication to authenticate Kube API requests. This webhook service is implemented by an open source tool called AWS IAM Authenticator, which has both client and server sides.

In short, the client sends a token (which includes the AWS IAM identity—user or role—making the API call) which is verified on the server-side by the webhook service.

Once the identity has been authenticated, the authorization in EKS is done with RBAC in the standard Kubernetes way. We’ll go into greater depth about RBAC on Kube in the next article in this sequence.

The image below summarizes this process:

When we create an EKS cluster, the iam-auth ConfigMap is not automatically created. We are responsible for downloading, updating, and deploying this object in the cluster. We can find it here.

This initial setup maps a specific role ARN (Amazon Resource Name)—the one attached to the worker nodes—to a cluster user and groups. These will, by default, have predefined permissions that allow these subjects to perform specific K8s API calls, allowing the EKS worker nodes to join the cluster this way.

This will take effect once we deploy the ConfigMap, enabling the AWS IAM Authenticator webhook service to validate this IAM identity (IAM Role) against the AWS IAM service and define the cluster user which this identity is mapped to for the authorization step.

We should update this configMap to add additional cluster users following the configuration format specification and these AWS guidelines:

In the example above, system:masters is a pre-defined group which has the cluster-admin role attached. The RBAC authorizer will then allow full access (admin rights) to the cluster to users belonging to that group.

The IAM identity that launched the EKS cluster is not listed in this ConfigMap but is automatically authenticated by the AWS IAM Authenticator webhook at cluster creation time, and mapped to the system:masters group. This is the reason why after creating the EKS cluster, that identity is the only one allowed to access the cluster without doing any configurations until the configMap is updated and deployed.

As mentioned above, for the AWS IAM Authenticator webhook service to validate an identity, it requires an IAM identity to be sent from the client side in a bearer token.

The client library gets the cluster information from the kubeconfig file—typically located in ~/.kube/config by default. It’s a JSON-formatted file that basically contains three main sections:

In EKS, we can easily get the kubeconfig file for interacting with a specific EKS cluster by running the following command (provided we have the proper IAM permissions):

As mentioned above, the user section in the kubeconfig file must have a specific format for interacting with EKS clusters:

The key property here is ‘exec’. It allows us to specify an external command (aws-iam-authenticator for EKS) which will generate and return an identity (in a token form) to use while authenticating against the Kubernetes API Server.

This property (exec) is implemented by a feature of the Go client library called the Credentials plugin. It was first introduced in kubernetes v1.10 (in alpha) and it’s in beta since v1.11.

If using another client library, it is important to make sure that the library implements this feature. This is because the library is responsible for reading the kubeconfig file and it must understand the exec property. The client library executes the external command (aws-iam-authenticator) and reads its output (which is printed in a specific JSON format) that includes the bearer token containing the IAM identity that has to be passed to the API server when making a request.

In conclusion, for interacting with an EKS cluster we need: 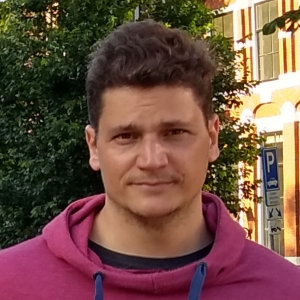