Each year cloud christmas happens in Las Vegas and AWS Santa Clause gifts all the good little architects new features and new ideas for what to build. This magical event is called re:Invent. To celebrate the 10th annual re:Invent the Caylent team was there in force! Luckily the fun doesn’t end when we all go home from Vegas. AWS publishes many of the best sessions on YouTube so we can learn at our leisure. In 2021 AWS released, by our count, 479 recorded sessions from re:Invent, or put another way, about 400 cumulative hours of video. That’s almost 17 days of continuous viewing (we may or may not have watched a few of these on 1.5x speed).

The Caylent team popped some popcorn, sat back, and watched every single talk. Why? First of all, it’s our job and our mission to keep pace with everything AWS releases. Second, it’s how our team likes to unwind after a busy year. I know, kind of weird, but hey it’s how we make sure we’re providing the latest and greatest for our customers. Below we’ve written about some of our favorite sessions from AWS re:Invent 2021.

You may view the entire playlist on YouTube by following the link here.

Several of my colleagues have already written about the keynotes so I’ll briefly summarize everything here.

Adam’s Keynote is required viewing for all aspiring cloud folks, but Peter’s 2021 keynote was something special. Peter’s keynote talked about the years of research and innovation that allow AWS to operate at truly dazzling scales. You must not miss this talk.

That only leaves the Databases, Analytics, and Machine Learning keynote by Dr. Swami Sivasubramian which is definitely worth a watch.

While all of the re:Invent leadership sessions are worth watching we’ve picked out the ones below as particularly interesting and insightful.

In this session, Mai-Lan walks through several customer journeys through AWS storage, mainly S3, but also talks about the new releases. Pinterest is a featured customer in this session.

Reinvent your business for the future with AWS Analytics – Rahul Pathak

I shared some notes on LinkedIn already but I’ll quickly summarize them here.

It’s always incredible to hear from Deepak and even though he couldn’t be in front of a live audience this year it was still a fantastic session.

If you’re a hands-on-keyboard coder you can’t miss the insights from this talk.

In this talk, Belinda Quick walks us through some of the stories and learnings from large-scale migration and modernizations that AWS customers have done. Belinda quickly covers leave and layer approaches as well as strangler-fig approaches to migrations as well as multi-account strategies. Next Michael Sciscenti walks through how Refactor Spaces can deploy an application proxy to combine API Gateway, NLB, Transit Gateway, and Resource Access Manager to incrementally route traffic between legacy and migrated applications. Finally, Jonah Jones closes with a real-world demo of Refactor Spaces. If you take a look at the screenshot from this talk you might see a familiar name as one of the launch partners!

Learn how MAP can help you achieve your business outcomes

In this session, Faraz Shafiq tells us how to navigate the tension between business and technology goals by showing examples from companies like Expedia, Dow Jones, and Coca-Cola. Faraz talks about the motivations for migrations and how customers tend to evolve as they modernize. He points out that, on average, customers realize 31% cost savings over comparable infrastructure, 62% more efficient IT infrastructure teams, and a whopping 75% increase in agility in delivering new features. Next Alon Radzi walks through a real-world example of using MAP to help telecom providers migrate to AWS.

Beyond five 9s: Lessons from our highest available data planes

Don’t miss this one

Building with the new AWS SDKs for Rust, Kotlin, and Swift

This talk walks through how the new AWS SDKs are built on top of the AWS Common Runtime (CRT) libraries. It’s a masterclass in how to build SDKs at scale in 2022. It walks through Smithy an open-source SDK specification language and even shows the SDKs being used in a demo.

A new model for thinking about DevOps as concentric circles of responsibility. Just a heads-up that the audio in this video is somewhat choppy. Towards the end of this talk, Emily walks through two concrete examples that navigate the new model. Finally, Emily closes with a “hexagons are the bestagon” skill assessment visualization.

In this talk, Curtis starts by describing the cost of downtime and the way downtime grows in applications. He then walks through tools, services, and best practices for reducing the probability of failure. Among those recommendations are setting timeouts, retry backoffs, jitter, queue size limitations, rate limiting, load shedding, cellular architectures, shuffle sharding, immutable infrastructure, monitoring, and alerting. Curtis closes with a brief discussion of Chaos Engineering. Whew! A great talk with a whirlwind of advice.

Start here if you need a refresher on how networking behaves in AWS.

This talk is a fantastic primer on what VPC design looks like for 2022. The complexity of that first slide definitely triggers PowerPoint PTSD though.

In this talk, a couple of AWS Product Managers walk us through the reasoning and use cases for SiteLink and AWS Cloud WAN.

How Netflix is using IPv6 to enable hyperscale networking

Netflix Engineer Donnavin Fritz talks about how they use Titus. They think 5-10 years ahead when preparing their network. There was a great laugh on “old code is not fun, especially Java”.

Amazon Route53: A year in review

How to choose the right load balancer for your AWS workloads

Rick does this talk every year and you can’t miss it. Each year Rick dispenses NoSQL wisdom at 100mph. You might have to run it at .75 normal speed to keep up. Unique takeaways from this year include: how DynamoDB request routers actually improve in performance as you start to reach peak load because they’ve all cached your table config, how Snapchat dealt with the 2019 Superbowl spike using burst bucket capacity, global tables, and — I mean come on you should just watch the talk!

Alex literally wrote the book on DynamoDB. Do not miss this talk!

This is a completely absurd, but effective, way to demonstrate the difference between Aurora Serverless V1 and V2.

Design patterns to consider when moving to Amazon Aurora

Jatin and Kiran provide concrete and useful advice for teams moving to Amazon Aurora. Things like setting apg_ccm_enabled=on to make sure caches are warm on failovers, setting TCP keepalives to good values for longlived connections, setting DNS cache timeouts lower so failovers get detected faster, and using the right cluster endpoints for the right needs.

Is relational the new COBOL?

We use a lot of DMS at Caylent so it’s exciting to see all these new features coming soon.

Enabling workloads for high availability and durability with Amazon RDS

This is a can’t miss talk for any security-conscious AWS guru.

Locks without keys: AWS and confidentiality

For anyone interested in privacy and encryption this talk goes deep on some of the most interesting current topics in that space.

Be prepared: Security is shifting left

Building a serverless banking as a service platform on AWS

I’m a sucker for hexagons so this talk appealed to me.

1M IOPS and 12.5 GB/s throughput? You have our attention.

$0.004 per GB per month, millisecond access, too many 9s of durability to count.

Amazon EBS under the hood: A tech deep dive

I really enjoyed this deep dive into EBS. Especially the ideas behind Physalia and the SRD transport protocol. If you’re building storage-intensive applications this is required viewing.

Definitely worth a watch if you want an overview of the AWS Transfer Family of services and when it makes sense to use them. There’s even a walkthrough and demo at the end.

The journey of silicon innovation at AWS

You have a container image: Now what?

Massimo walks us through the 34 ways of running a container on AWS!

Delivering code and architectures through AWS Proton and Git

Getting to large Amazon EKS clusters

The powerful simplicity of Amazon ECS

Under the hood at Amazon Ads

This is just a fun talk between Jeff Barr and Corey Quinn. It’s nice to see an AWS Legend and an AWS pundit share some stories and chat about the history of re:Invent and AWS.

The architect elevator: Connecting IT and the boardroom

I absolutely loved this talk from Gregor Hohpe and it even convinced me to buy his book. I don’t want to spoil too much but if you’re interested in being a cloud architect this should be required viewing.

Optimizing robotics and autonomous systems with AWS and Amazon

This is a very interesting talk that walks through how AWS works with some of Amazon’s own robots.

Riot Games at the edge: Launching Valorant with AWS Outposts

For the gamers out there this is a great conversation on hybrid cloud networking infrastructure combining AWS Global Accelerator, Outposts, and Riot’s own edge devices.

In this talk Fernando introduces Amazon Location Service, which became generally available in June of 2021, and how the re:Invent app team used Location Service in the re:invent app! We like this talk because it walks through a less often talked about service and how it provides real-world value to customers.

15 years of AWS with Jeff Barr

Warning, volume is very loud at the start

This is just a fun dive through the history of AWS.

Emotional intelligence to supercharge your success

This was the first time I’d seen a talk like this at re:Invent and I really enjoyed it. Richard walks through some best practices for maintaining emotional intelligence in your professional life.

Just kidding! If you managed to stick with us through the end of this monster post then thank you so much for your time. We started out just trying to pick our 50 favorite sessions but we ended up with 93. 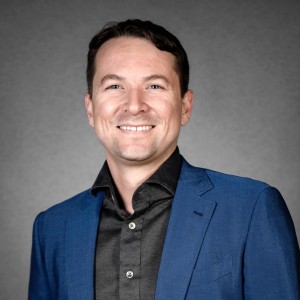 Randall Hunt, VP of Cloud Strategy and Innovation at Caylent, is a technology leader, investor, and hands-on-keyboard coder based in Los Angeles, CA. Previously, Randall led software and developer relations teams at Facebook, SpaceX, AWS, MongoDB, and NASA. Randall spends most of his time listening to customers, building demos, writing blog posts, and mentoring junior engineers. Python and C++ are his favorite programming languages, but he begrudgingly admits that Javascript rules the world. Outside of work, Randall loves to read science fiction, advise startups, travel, and ski.