Automation has been driving the entire IT industry forward this past couple of years. By automating certain tasks, development teams can increase their capacity without feeling the budget stress of hiring new team members. Automation also promises higher effectiveness, especially in operations and maintenance.

The traditional software development workflow involves the dev team moving an iteration along a predefined pipeline. Once the development and initial—isolated—testing stages are completed, Devs then hand the code over to the operations team.

It is up to Ops to deploy the new iteration. It is also the responsibility of the operations team to maintain the code going forward. This is where automation comes in, mainly for the purpose of optimizing the DevOps workflow a step further.

By automating maintenance and other responsibilities of the operations team, organizations expect to see a substantial boost in efficiency. The goal is to reach a certain level of automation, after which the operations team is no longer needed.

In essence, that’s what no operations or NoOps is all about. However, NoOps has some big challenges to overcome before it can be implemented in a sustainable way. More importantly, NoOps is so much deeper than just eliminating operations.

What Is NoOps exactly?

There are two key components that act as the foundation for NoOps: automation and the cloud. With eliminating a dedicated app management team as the primary goal, NoOps aims to automate all of the maintenance tasks associated with developing and running a solution. At the same time, it also aims to elevate apps from the infrastructure that supports them.

NoOps makes sense in the era of cloud computing. With most of the infrastructure maintenance tasks being handled by third-party service providers, there is really no need to have a dedicated team monitoring servers and cloud environments. Amazon’s EKS, for example, can be fully scalable and automated from the very start.

Deployment and management of apps, on the other hand, is made possible thanks to the more advanced tools we have today. Security policies can be integrated with the development process. CI/CD becomes more fluid thanks to Kubernetes and the wealth of tools available for this platform. NoOps makes sense, doesn’t it?

Along Come the Challenges

The ideas that power the NoOps movement are sound, but NoOps itself is not without its challenges. For starters, NoOps is based on the assumption that automation can handle everything, eliminating the need for human operators completely. This isn’t always the case. In unique situations, human inputs can be the determining factor for the success and scalability of a deployment.

It’s the same with the infrastructure. Thanks to containerized microservices and the use of cloud computing, server maintenance is no longer a big task to tackle. No more mainframes to keep running and big, physical servers to run. Everything runs in environments like AWS and GCP, where the majority of the maintenance tasks are handled by service providers.

What most organizations don’t realize is that containerized microservices require maintenance of the individual service. There is no single point of failure in this infrastructure design, but that doesn’t mean the infrastructure cannot fail. Besides, there are legacy systems and hardware to maintain, and migrating from those legacy systems is never as easy as it seems.

There is also the fact that the ops team is incredibly effective in data-related tasks. IT operations see the collection, storage, and analysis of data to be a crucial part of their functions. Yes, you can define performance metrics and automate most of the data collection tasks, but that doesn’t mean you can get the same level of insights from automated analysis.

NoOps struggles in hybrid environments too. As mentioned before, legacy systems are still being used even today, mostly in tandem with cloud computing and more modern solutions. Those legacy systems aren’t always ready for automation as they tend to require significant levels of modifications due to their monolithic nature. Organizations who have pushed for NoOps with legacy systems end up having to make these substantial upgrades and perform migrations anyway; unfortunately, not all organizations see upgrade or migration as a viable solution. Instead, for these scenarios, it may be more beneficial to redesign and rebuild something completely new from scratch.

A Major Bottleneck to Anticipate

We haven’t even gotten to the major bottleneck of NoOps yet: the developers. I’ve seen a lot of server administrators learning how to code depending on the programming languages they work with. Developers, on the other hand, aren’t always interested in administering their own solutions.

A good example is when there is a memory leak. Administrators can work with developers in identifying the cause of the leak, and then fixing the underlying issue in the code rather than immediately provisioning more resources. Without the Ops team, it will be more difficult to identify the cause of this type of problems in production environments.

Yes, automation is still the way forward, but pushing for NoOps is not for every organization. The more interesting direction is actually DevOps, which aims for the same boost in efficiency while bringing more benefits to the table both technically and culturally. For more on how DevOps can help your organization, read our article ‘Why You Need a DevOps Consultant.’ 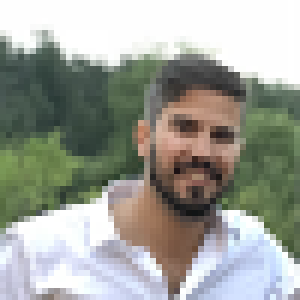