Performance testing is a crucial part of the development process, but it is also one of the most overlooked steps in a development cycle. Not many developers are interested in doing rigorous testing on their codes to see how they perform under heavy load. Even worse, not all decision-makers and stakeholders realize the importance of performance testing.

The fact that performance testing can be incredibly challenging makes the task more arduous for many teams. Rather than letting performance testing become an integral part of a CI/CD workflow, many choose to implement quality control at the end of the development process which causes a whole new batch of issues.

This needs to change. Despite the availability of cloud resources—and how affordable they are today—throwing more resources to fix performance issues isn’t a sustainable solution. In the long run, the approach will only cause inefficiencies and more problems. Before you can change this view, however, you need to first understand the biggest challenges of performance testing.

We are so used to rapid development and deployment cycles that we often feel like we don’t have enough time for more steps in the process. This is actually a false sense created by the need for a faster and leaner workflow. In reality, you have all the time in the world for testing.

What you need to overcome this issue is careful planning. DevOps needs to integrate testing into the development plan from the very beginning. Think of it this way: dealing with issues due to the lack of testing takes more time than actually performing sufficient tests to new iterations.

If time is still a concern, consider limiting the scope of the test or adding more testers to the mix. Stick with skilled and experienced testers who know how to define testing parameters and simulate real-life situations rather than hypothetical ones.

The next challenge to overcome is choosing the right testing tools to utilize. At this point, you may be thinking about the lack of testing tools to choose from. Well, that too isn’t actually true. Testing is quickly becoming an integrated part of CI/CD, so there are more testing tools than ever before.

Perhaps the most popular testing tool of them all is the Java open source software, Apache JMeter. JMeter is designed to load test functional behavior and measure performance and should be leveraged to analyze and measure the performance of your web applications or a variety of services. Thanks to its full multithreading framework, using JMeter allows users to setup concurrent and simultaneous sampling of different functions via a separate thread group. You can write your own tests, plus JMeter can evaluate database server performance as well as support web application testing.

Other tools of note for performance testing include Locust, for testing all your code in Python; Gatling, for its high-resolution metrics; and Blazemeter, for writing code tests in domain-specific language (DSL) to create and run JMeter tests instantly.

One common issue with integrating testing is the misconception that testing—specifically performance testing—must be added to the end of the development cycle, right before deployment. This may seem like a good idea in a conventional development cycle, but it creates a serious bottleneck in a CI/CD workflow. For more on recognizing and smoothing out bottlenecks and constraints in your development pipeline, read our article Addressing the Theory of Constraints with DevOps.

The way to go with testing in an agile environment is by integrating testing into the workflow itself. DevOps can perform software testing even before releasing a new version through the use of best practices and compliance policies. Performance testing issues can be avoided by automating most of the testing procedures early in the cycle.

Even load testing can be automated and simulated. Solutions like Micro Focus’ StormRunner Load can be leveraged to automate the entire process. Scripts that simulate user behavior can be designed for specific purposes, and then executed within StormRunner Load to add volume and other dimensions.

DevOps teams that successfully integrates testing are substantially more effective. That metric is a clear sign that automating and integrating performance testing is an investment worth making in today’s challenging market.

Unit testing, on the other hand, is supported by AWS CodeStar as the provider of CD toolchain. The entire software development cycle can be managed from one interface, giving DevOps team members a bird’s-eye view of the entire process. DevOps best practices advise to incorporate testing within the development pipeline rather than leaving it to the end—load testing included.

When it is time to perform load tests, every element of the DevOps cycle is ready. No more bottlenecks to worry about or issues to solve. The result of the performance test will also be more useful since you can really dig deep into the insights generated by the process. 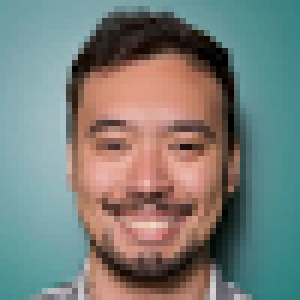