The Importance of Avoiding Tech Debt for Growth-Stage Startups

Like quietly but significantly amassed credit card debt, accrued technical debt can have major implications for growth stage startups. With market and organizational demands pushing for cutting edge feature releases in an effort to stay ahead of competitors and please users, startup development teams are often under pressure to speed up deployments. Such pressure never really relents; there is always a need to be ahead of the game to retain users and scale by accruing new ones.

Ultimately, such pressured pipelines result in the need for quick fixes and a backlog of tasks and imperfections racking up that require rework and refactoring. The logic behind this prioritization is always to deliver code before impending deadlines. However, this speedy delivery often backfires due to imperfections left in the code that need refactoring or reworking later.

Through some alternative forward thinking, there is a way to spin this approach strategically to benefit your startup development team in some scenarios as a well-versed strategy with intent and rationale. However, the build up of backlog tasks in rework and refactoring—known as technical debt—can harm growth startups significantly. Technical debt that isn’t strategically planned must be avoided entirely.

Technical debt or tech debt occurs due to all the major compromises a development team needs to make throughout the development process to achieve fast delivery goals. Additional rework or refactoring is mandatory if the prioritization pushes the necessity further down the pipeline while compromising code quality which requires a need to correct all the errors made during the hasty development process with such an approach.

If technical debt is strategically planned and intentional, then the consequences might be different. Intended technical debt may not lead to broken code, but if planned in a 80:20 paydown for rework in the future, may lead to some immediate but dealable imperfections in the upcoming deployment that can be reworked at a future time to achieve code quality for final delivery.

Credit card debt is a good analogy to use to better understand technical debt. If a person takes out a loan from their credit company to buy a new house, they will probably pay more in the long run in the form of interest. Similarly, developers may deliver code fast in quicker deployments but the credit or tech debt accrual means more future work, but they have to work more later to refactor the code.

It’s important for growth stage startups to avoid incurring as much tech debt as possible due to the associated consequences that fall out with the build up. Let’s have a look at a few reasons to avoid technical debt and why it’s important to tackle it as soon as possible.

Why Is Tech Debt Important to Overcome?

These costs also cover designing, implementation, and retesting phases incurred with rework that take unplanned time and effort not being put into new features or revenue-generating work instead.

If errors remain unresolved, then they can pose a serious future risk to your online business. As well as being a vulnerability for malicious attackers to get unauthorized access to your data, faulty code can cause outages and performance issues directly affecting your end users. Another major business risks from errors are security breaches that can disrupt your user-base who trust your app or platform. Mitigating the level of tech debt your team is incurring also mitigates associated risks.

As mentioned, major code issues could result in costly operational and performance disruptions. As well as reducing the impact to users, it is important to fix any flaws to reduce liability costs due to technical debt that is paid by refactoring the code without further delay.

It works just like financial debt. As financial debt keeps on increasing with delay, technical debt also builds up and increases the liability costs on your business.

By prioritizing the paying down of technical debt alongside adding more features to their application, smart dev teams begin to reduce risk and utilize opportunity costs. Opportunity cost is a trade-off and smart decision to deal with technical debt first. In this way, businesses can focus on other important components after they are done with tech debt.

When Is the Right Time to Tackle Tech Debt?

It is better to pay off your accrued technical debt in part rather than in full. The DevOps methodology proposes an 80:20 ratio: as in assigning 80% of work to performance improvements by optimizing 20% of the code. Growth stage startups can begin fixing errors with this ratio alongside every release of their application to slowly erase the tech debt without disrupting the whole system at once.

It is crucial to pay off tech debt little by little over a period of time to eliminate it from your application code. It is a more practical and realistic approach to reducing the build up rather than trying to pay down in bulk unless you have the significant investment in both time and overheads that would be necessary to do so. Using an 80:20 ratio does not involve any instant tech debt-removing strategy, so is far more realistic to achieve.

How Do You Tackle Technical Debt?

A strategic and well-defined approach is necessary to begin the process of paying down technical debt. There are a few sub-parts of this approach that you can follow to minimize or remove your technical debt over time. Here is a checklist to tackle technical debt:

4 Steps to Avoid Tech Debt in the Future

Once your business is working its way out of the tech debt loop, then begin to take precautionary measures to avoid tech debt in the future. Here a few steps to protect yourself from tech debt:

Manual testing takes a lot more time, energy and often causes more issues from human error. Automated testing takes more investment initially to set up but the ROI is significant in the future as automation is a more reliable and safe way to reveal issues with your production code. Automating software tests of all kinds allows you to check system components individually. Check out this article on the 4 Best Types of Software Testing to read more.

Also, automated regression testing is necessary to ensure that no code changes have an adverse effect after applying patches or fixing code.

Instead of taking shortcuts to meet deadlines and increase tech debt, encourage developers to focus on code quality throughout the entire dev pipeline. Begin peer reviews and implement a code style guide to ensure uniformity and quality across your entire team. In order to ensure protection from unintentional or unnecessary technical debt, increase the number of code quality checks early. Unintentional tech debt is more dangerous to a growth stage startup as it is hard to locate and identify when it causes technical issues.

Check out this article on code quality titled DevOps and DRY to learn more.

During the development and deployment process, it is better to follow DevOps best practices including continuous development, test automation, and application performance monitoring, etc. These practices will lead to fewer errors in the overall program. Moreover, small fixes can be applied with iterative change releases. Encourage DevOps adoption technically and culturally to see performance and code improvements within your team.

Businesses cannot completely eradicate tech debt. Most startups will always carry a small portion of tech debt, however, it’s vital to prevent the snowball effect on this debt at all costs and keep it at a manageable level using the best practices outlined above. Accept that tech debt is a necessary part of being a growth stage startup and take a realistic and proactive approach to manage it. 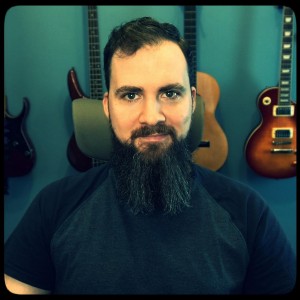